Barking In The Dark 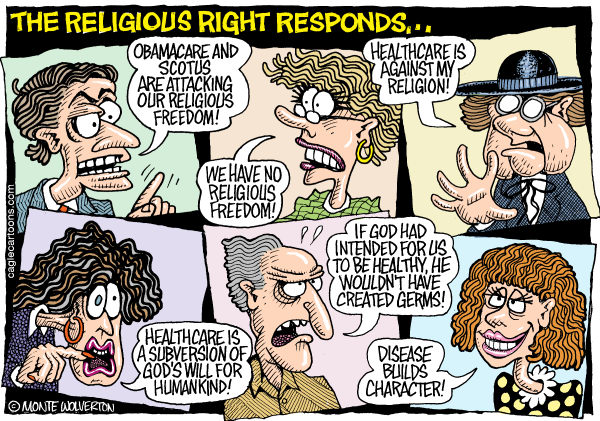 The evangelicals who remain steadfast in their unflagging support for Donald Trump despite his demonstrably manifest unfitness for the Presidency – or any other position in any government – are people who should now be referred to as The A B C’s, The American Bullshit Christians.

The tortured logic exhibited by these bible thumping hypocrites to try to squeeze any semblance of rationale into and out of their narrowl minds in order to justify their backing of this piece of inhuman garbage is laughable – especially in light of Mr. Trump’s own words regarding immigrants, women, people of color and anyone who might disagree with his ignorant views.

Christ himself is agonizing all over again.